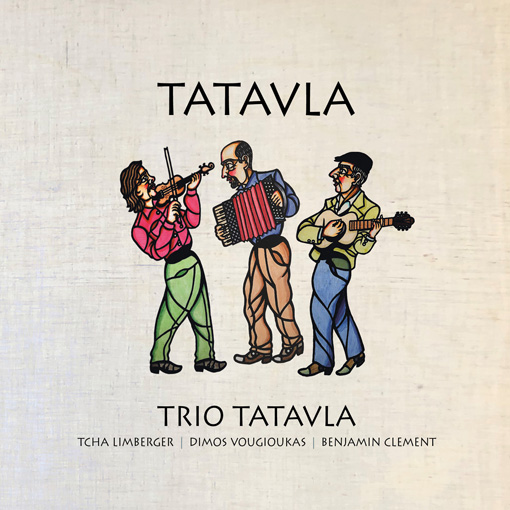 An album celebrating the traditional feasts of the cosmopolitan neighbourhood of Sisli called Tatavla, in what is now known as Istanbul. In the early 20th century singing companies of people on horse drawn wagons would climb up to the neighbourhood of feasts to listen, in the various taverns, to the renowned orchestras performing amanes, Istanbul songs and dances: the so-called ‘divine chants’ of the Byzantines.
This work consists of 12 songs of all types of the Constantinopole school of music; chasapiko, karsilamas, syrto, zeimpekiko, amanes the period prior to the rise of rembetiko, when songs were dominated by singers, and prior to the prevalence of ensemble forms such as estoudiantina and politakia.
Celebrated violinist Tcha Limberger takes the traditional role of singer of the Amanes, a performer and town crier of great musical fame.

Just the natural reverb of the room on this album, recorded with only two mics on a distance of 3 meters.