STRINGS AIN’T WHAT THEY USED TO BE

A masterclass in musicianship, musical history, and sheer enjoyment

Once upon a time jazz was fun. It didn’t turn its nose up at popular music. It hadn’t forgotten the blues and ragtime. It even shook hands with country music occasionally. Sometimes it sang silly songs and played funny instruments. It could be virtuosic without taking itself too seriously.
The Arcadians play and sing the music from this Golden Age – largely from the 1920s and 30s but sometimes as early as the 1890s; mostly American but also from other parts of the world. They perform on a wide variety of stringed instruments and their repertoire ranges from the familiar :- Django Reinhardt, Stephane Grappelli, to the obscure:- ‘Banjo’ Ikey Robinson, The Dallas String Band. They touch on blues, ragtime, country and Hawaiian music and show that not only is it all related but all great music and great fun.

A gem of an album who like their jazz to be accessible
BEBOP SPOKEN HERE
Never a dull moment, I loved the variety and vitality
JONATHAN WOOLF
Current Month

The Argyle and Cellar Bar

The Star of Kings

Whidbey Island Center for the Arts 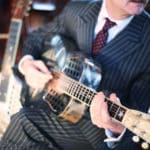 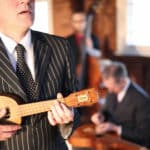 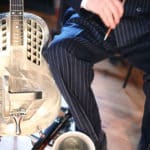 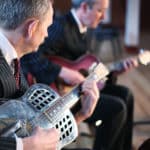 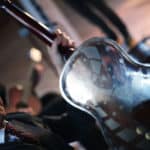 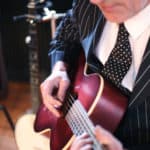 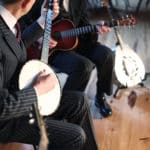 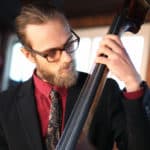 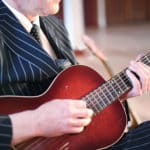 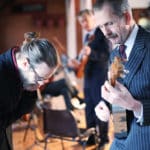 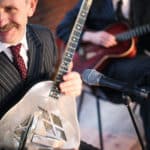 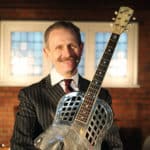 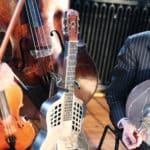 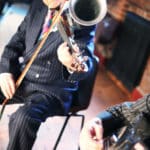 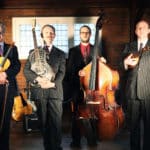 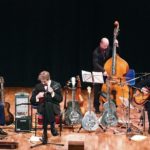 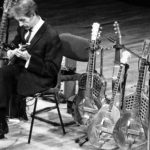 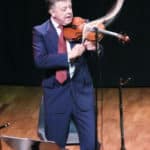 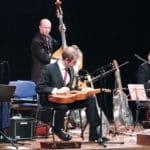 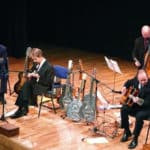 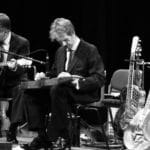 ALBUM REVIEW. SYNCOPATED TIMES US 26.02.2020
Strings ain’t what they used to be – Wheatley’s Arcadians
Martin Wheatley is a London born master of all string instruments with a specialty in the banjo styles of the ragtime and early jazz era. He plays with the Vitality Five among other groups, has featured on a number of albums and leads the Arcadian’s, a quartet featuring Tom “Spats” Langham, Mike Piggott, Louis Thomas, and a haul of stringed instruments from violins to mandolins and everything in between.
The liner notes to their new album, Strings Ain’t What They Used To Be, lay out the mission clearly:
“Once upon a time jazz was fun. It didn’t turn its nose up at popular music. It hadn’t forgotten the blues and ragtime. It even shook hands with country music occasionally. Sometimes it sang silly songs and played funny instruments. It could be virtuosic without taking itself too seriously.”
Virtuosic fun is at the heart of their accomplishment on this thoroughly enjoyable record. 15 tracks draw on a variety of sources from 1890s material delivered in Fred Van Eps style to a “Nagasaki” done as if the Mills Brothers had strings, there are even moments reminiscent of Les Paul.
Other titles are straightforward string ragtime. “Old and Only in the Way” borders on folk music, but more of a choral presentation of Stephan Foster than any later variety. “I’ll see you in my dreams” is lovely with a Hawaiian sound and smooth vocal.
“Besame Mucho” simply by its romantic drive, becomes an adventure. There’s no need for a vocal with musicians who can speak so forcefully with their instruments but the limited vocals here add rather than distract, there’s even a scat that lends a joyful live cafe feel to the track. The fluid variety of this album isn’t forced, it flows easily between four talented and knowledgeable players.
I love records that explore the divergence of American popular music from ragtime into jazz and country, especially that gray area of the 20s. Here it can be found in the same track. A very hot “Dinah” has sections that heard alone would be jazz and other sections old-timey. Together they have a marvelous coherency. Several cuts on the album are revelatory, like Jimmie Rodgers or Emmett Miller’s jazzier sides. As I listened I began to wonder if strings really are what they used to be.
For those interested in the place of string instruments in early jazz and ragtime, or simply in impressive playing, this album will bring you both insight and a good time.
JOE BEBCO