David Horniblow is one of London’s most in demand jazz clarinet and saxophone players. He has performed and recorded with all of the top British jazz names and acts – from Chris Barber, Acker Bilk and Kenny Ball to Jools Holland and Jamie Cullum – as well as international stars including the 11 time Grammy award winning music legend George Benson. Initially studying classical clarinet at the prestigious Guildhall School of Music and Drama in London, David rapidly became involved in Jazz and has specialised in it ever since.
David has played regularly with numerous bands in London including the BBC Jazz award winner Keith Nichol’s Blue Devils and the Pasedena Roof Orchestra, as well as playing in West End shows including Jersey Boys and Matilda, television period dramas and national and international radio. He has played at many top concert halls and Opera houses throughout Europe, the Unites States and Australia as well as legendary jazz venues like Ronnie Scotts.
Now focusing his attention on The Dime Notes, The Complete Morton Project, and the Vitality Five, in which David plays bass saxophone, he is committed to immersing himself in the styles of the early jazz clarinet pioneers, including Johnny Dodds, Omer Simeon and Sidney Bechet. He is also keen to dig deeper into the tradition and explore much less well known players of the 1920s and revive their styles. His aim is to meld these influences into his own style, drawing on the energy, fluency and drive of one of the most exciting periods of Jazz.

David Horniblow’s clarinet spits fire!
THE SUNDAY TIMES UK
Horniblow’s clarinet is both passionate and reflective by turns
VINTAGE JAZZ MART UK
A terrific Clarinettist! From one player to another
ACKER BILK UK
Horniblow’s playing is nimble, incisive and assured
JAZZ JOURNAL UK
this man blows a real mean horn with virtuosity, passion, and taste, a formidable and rare combination
JEFF BARNHART
a fine tribute by David Horniblow to the soprano saxophone genius Sidney Bechet
JUST JAZZ UK
a tone rich and full like those of Omer Simeon and Barney Bigard
MONIQUE MUSIQUE UK
nimble, incisive and assured, with hints of Fazola and Noone
JAZZ JOURNAL UK

The Dime Notes back at the Buckingham Summer Festival 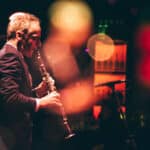 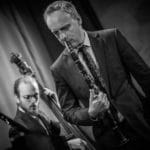 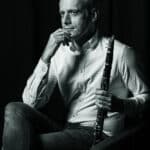 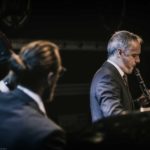 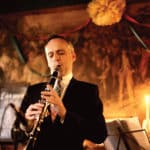 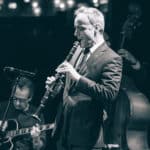 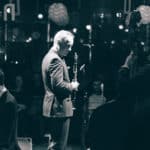 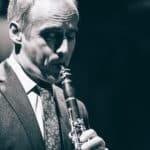 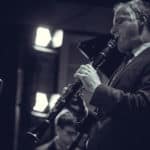 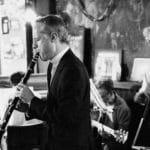 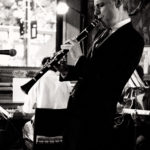 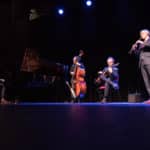