Fapy Lafertin – the most celebrated Gypsy guitarist of the last 40 years and widely recognised as the heir to Django Reinhardt’s crown. The much loved Manouche guitarist from Holland Fapy Lafertin, remembered worldwide as the lead guitarist with the Belgian band Waso, UK-based Quartet Lejazz, and countless other lineups.
Lafertin is a multi-instrumentalist Lafertin with a global reputation, and not just within the confines of Gypsy jazz. As one of the world’s leading acoustic musicians, composers, and arguably one of the greatest Gypsy guitarists he was responsible for the resurgence of the Django’s style amongst musicians and audience alike with his first band Waso in the 1970’s. After nearly fifty years of performing, his modesty, melodic sense, fiery technique, and clarity of articulation distinguish him from all other Django stylists.
Born in Courtraie (Belgium) he started playing music at the age of 5. Playing several instruments, he finally choose the guitar as his specialism. Like most Sinti / Manouche musicians Fapy started his musical career playing in a family band. In his case a trio with his father on violin and his brother on rhythm guitar. He started playing the Hot Club the France repertoire when he joined the orchestra of violinist Piotto Limberger. He also toured with his uncle, the late Eddie Bamboula Ferret. Between 1975 and 1985 Fapy played alongside Koen de Cauter, leader of the band Waso that popularised worldwide Django’s music and spread Fapy’s name and reputation as a jazz guitarist. This band with Lafertin and De Cauter also comprised Vivi Limberger (guitar) and Michel Verstraeten (bass).
After leaving the group Waso he embarked on a solo career, playing with big bands and well-known jazzmen such as Charlie Byrd, Scott Hamilton, Al Casey, Benny Waters and Milt Hinton and teamed up with Stéphane Grappelli at the Glasgow jazz festival.
In 1985 he formed his own quintet in the Netherlands, which he modeled upon the original Quintette Hot Club de France. This group has featured various Dutch instrumentalists, among them violinist Rudi Brink, Joop Hendricks and Tim Kliphuis.
Beginning of the 90’s, Fapy joined forces with Bamboula Ferret composing songs in the Romani language. About a decade later they started to record these originals, combined with some French songs that Bamboula knew from his youth. In 2011 the album Ou Welto Risella (the world is turning) was released, featuring these enchanting songs by the voice of Bamboula.
With the British Quartet Lejazz, Lafertin released in the early 90’s arguably two of the most influential albums released in the style in modern times, re-released now as 94-96 The Recordings historic recordings that are as majestic for their music as they are for their sound – and viewed by many as the definitive Gypsy jazz albums since the last recorded releases of Quintet of the Hot Club of France. They reinforced the quintet’s reputation and in some part continued the resurgence of the style amongst musicians and audience alike that was started by Waso in the 1970’s.
The artistic partnership with Le Jazz lasted ten years, hundreds of appearances Europe-wide, a dedicated following of admirers from all over the globe, and an influence which in the early 1990’s took this little-performed but widely loved style of music from performances in clubs, pubs and wine bars to captivating concerts on stages throughout the UK and the continent of Europe.
In beginning of this century Lafertin wcontinued touring and recording. He started playing less orthodox instruments such as the the 12-stringed guitar in performances of Portuguese fado and Brazilian samba amid jazz compositions by Reinhardt and Grappelli, as well as music of Duke Ellington and other composers.
Fapy Lafertin. is a real improvisor, not just featuring a tremendous technique but also showing a deep appreciation of the melodic content of the music and telling a real story while playing. Besides the big stages he also performs during festivals and smaller scale activities, giving many people a chance to hear his magnificent music in more intimate settings.

Lafertin is the legitimate heir to Django’s crown
BOB WILBUR USA
Fapy has a sound that might even have made Django envious … a mature guitarist at his peak
VINTAGE GUITAR MAGAZINE USA
With his fiery technique and strong melodic sense, Lafertin takes the recreation of ’30s music one step further
ETUDES TZIGANE FRANCE
Lafertin delves into the realms beyond Django
GUITAR TECHNIQUE USA 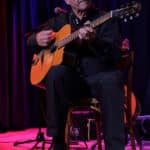 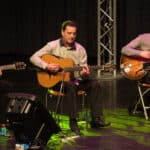 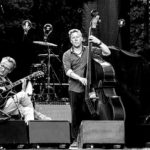 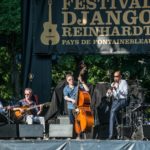 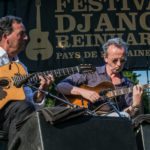 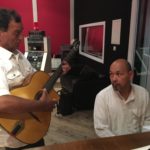 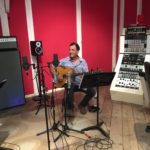 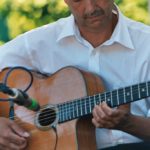 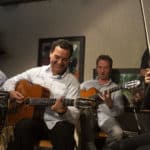 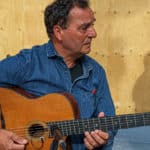 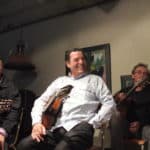 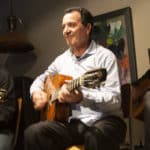 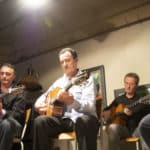 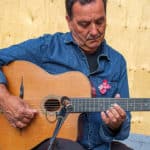 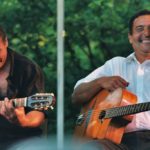 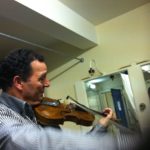 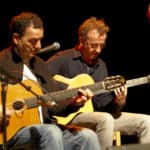 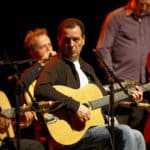 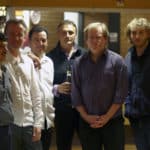 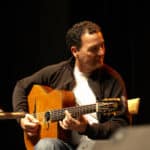 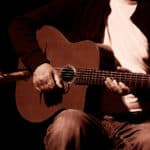