Twenty, the best of Sweet Chorus 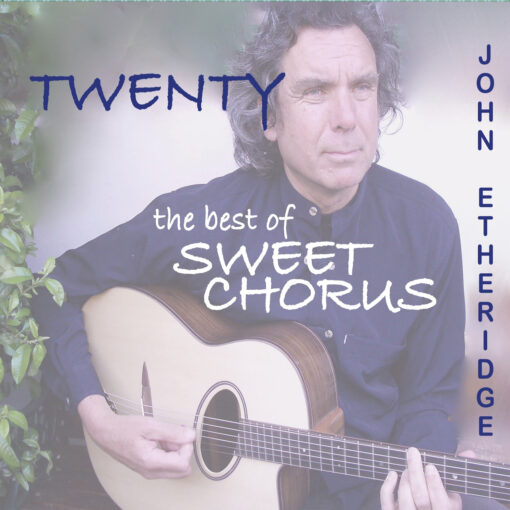 Twenty, the best of Sweet Chorus

2019 – LJCD21
Compilation of three recordings by John Etheridge and his band Sweet Chorus, celebrating 20 years of touring in 2019.

JAZZ JOURNAL 06.09.2019
John Etheridge: Twenty – The Best Of Sweet Chorus
Imitation and influence are perhaps nowhere more an issue than in so-called “gypsy jazz”. Django Reinhardt, Stephane Grappelli and the Quintette du Hot Club de France cast a long shadow. Lots of musicians happily bounce along beneath it with no greater aim than to emulate or outdo.
It’s contentious because the all-string band style is so distinctive and departures from it rarely go far. Sweet Chorus, formed by guitarist John Etheridge as a tribute to Grappelli, with whom he once assumed Reinhardt’s mantle, nuances as much as possible the difference between mimicry and impact.
This best-of album – 20 tracks for 20 years – is a delight. It’s dedicated to Grappelli and is a tribute neither over-reaching nor over-reverential. Appropriately, it may represent the best of violinist Christian Garrick, who exudes Grappelli’s sophistication while often attacking the music with more aggression than was in the older man’s nature.
Formal accolades come at the outset with Grappelli’s Chanson De Rue, performed as a touching guitar-violin duet. Etheridge plays classical guitar on this track with a sound less snappily metallic than Reinhardt’s beloved Maccaferri. It’s the start of a minor trawl of instruments – Rosendean electric, Gibson ES-150, Martyn Booth custom and Biffen Smallman acoustic – judiciously chosen to reflect the tone of each chart, particularly his own.
One of these, I Saw You Passing By, is a model of relaxed virtuosity up front, the support of guitarist Dave Kelbie and bassist Andy Crowdy laidback but on the button. Crowdy shares contrabass duties with Malcolm Creese. The quartet format throughout is Sweet Chorus’s way of demonstrating how more would be musically less – another rhythm guitar, say, or a super-charged Etheridge.
That the QHCF was simply a novel variation of 1930s swing and that the band comes at most of these numbers from both perspectives are what underline the difference between them, allowing treatments of charts other than those associated with Reinhardt and Grappelli. But that shadow is often longer than it appears.
NIGEL JARRETT

THE JAZZ RAG 01.07.2019
John Etheridge: Twenty – The Best Of Sweet Chorus
DY030 61.77
It is difficult to believe that this excellent acoustic band has been around for twenty years. Of course, we know Etheridge from his long stints with the estimable Stephan Grappelli group and this disc, while acknowledging the overarching influence of that group, shies away from merely replicating that music. Although the record is tribute to Grappelli as well as a 20th anniversary celebration of Sweet Chorus, Etheridge is his own man with his own ideas. The session, gratefully, does not become another clone of the Hot Club’s music.
To the band’s credit, only five Reinhardt / Grappelli originals appear in the twenty track set. The session has a heavy guitar presence but Christian Garrick’s violin is to the fore. It is now almost impossible, the minute one hears a violin, not to think of the Maestro Grappelli, but Christian Garrick has made his mark quietly but strongly on the jazz scene. His tone has thickened over the past few years, is more sonorous, and his attack is formidable; he bows to no other players now (excuse the pun).
Etheridge is a motivating leader and the numbers fairly fly by. He is a consummate and very skilled player and his choice of numbers is eclectic and well considered, a mixture of superior ballads, The Folks who Live on The Hill, Small Hotel, and Manha de Carnival and cheerful up-tempos, When You’re Smiling, Seven Come Eleven plus some gems from Ellington, Kern, Richard Rodgers and Berlin Songbooks and (who would have expected) Coltrane’s Moment’s Notice, nicely realised in this version.
Etheridge, also, knows his way around a ballad with sensitive readings of Porte and Lacuna, two of his own compositions. The other members, Malcolm Creese and Andy Crowdy on basses and Dave Kelbie on rhythm guitar keep things solidly swinging.
Good to hear this sprightly group in such good form, inheriting the Hot Club legacy while, at the same time, sounding just that little bit different.
JOHN MARTIN

Be the first to review “Twenty, the best of Sweet Chorus” Cancel reply