Evan Christopher combines virtuosity, immaculate taste, and enthusiasm with a commitment to exploring the full range of possibilities in the New Orleans clarinet tradition.
His highly personal brand of “contemporary, early jazz” strives to extend the legacies of early Creole clarinet heroes such as Sidney Bechet, Barney Bigard and Omer Simeon.
Critics remarking on Christopher’s dynamic expressiveness have coined his style “close-encounter music” (NEW YORK TIMES) and have called his respect for the music traditions of New Orleans, “a triumph, joining the present seamlessly to a glorious past.” (THE OBSERVER, UK).
His journey on Clarinet Road began in 1994, when he left his native California to join the New Orleans music community. Diverse freelance work included gigs with musicians such as Al Hirt and veterans of Preservation Hall to funk and brass bands including the Nightcrawlers and Galactic.
But in 1996, he left for San Antonio, Texas to appear nightly for nearly three years with the Jim Cullum Jazz Band and record several of their public radio programs, Riverwalk: Live from the Landing.
When Christopher returned to New Orleans in 2001, his published research on the New Orleans clarinet style initiated pursuit of a Master’s degree in Musicology at Tulane University. He began touring internationally and producing his “Clarinet Road” series of CDs (STR Digital).
In August 2005, when Federal levees failed in the aftermath of Hurricane Katrina decimating the city, Christopher left again for Paris at the invitation of the French Embassy’s Cultural Services division, where he formed his group, Django à la Créole. This Europe-based quartet fused Gypsy Swing with Latin-tinged grooves of New Orleans and beyond and was distinguished for an acoustic intimacy paired with driving swing.
Critics charmed by the group queried, “Is there a more graceful band at work at the moment?” (THE SUNDAY TIMES UK).
Three CDs for Lejazzetal (London), in partnership with Frémeaux & Associés (Paris)—Django à la Créole (2007), Finesse (2010), and LIVE! (2014)—earned the group critical attention worldwide for its elegant character.
As a composer, Christopher’s original songs are the high point of acclaimed recordings including Delta Bound (Arbors, 2007) featuring pianist Dick Hyman, The Remembering Song (Arbors, 2010) featuring guitarist Bucky Pizzarelli, his clarinet feature on the Grammy-winning New Orleans Jazz Orchestra’s Book One (2012) and his latest Clarinet Road CD, Bayou Chant & Other Textures (STR Digital, 2016).
In July 2010, he had the honor to debut his Treat It Gentle Suite with the Minnesota Orchestra, which was the first concerto written for clarinet with band in the New Orleans style.

Evan Christopher began his musical training on clarinet at age 11. In high school, he received the Louis Armstrong National Jazz Award and was one of the first graduates of the prestigious Idyllwild Arts Academy.
He continued studies at the University of Southern California and graduated with honors from California State University, Long Beach. A brief teaching stint at the University of New Orleans saw the creation of a New Orleans music ensemble that performed with guest mentors such as Lucien Barbarin and Marcus Roberts.
Since 2008, having returned once again to New Orleans, Christopher actively advocates for the cultural workforce and music education.
He frequently tours with and records as a guest with forward-looking artists, while performances under his own name are often complemented by workshops and educational and community outreach.
Occasional columns about the music scene and New Orleans culture written for NolaVie.com, evidence Evan’s passion for the city’s indigenous traditions.

Is there a more graceful band at work at the moment?
THE SUNDAY TIMES UK
[Evan] is, in my estimation, not only the greatest jazz clarinetist alive, but one of the greatest of all time
AHMET ERTEGUN, FOUNDING CHAIRMAN OF ATLANTIC RECORDS
A forthright sound and a hungry energy
NEW YORK TIMES
repertory music of the best kind
WALL ST JOURNAL
in the history of jazz, he will be amidst the greatest of all times
JAZZ CLASSIQUE FRANCE
He makes close-encounter music
NEW YORK TIMES
One of the world’s finest jazz clarinettists
FINANCIAL TIMES UK
remarkably cohesive and constant swing
JAZZMAN FRANCE
a triumph, joining the present seamlessly to a glorious past
THE OBSERVER UK
talented and charismatic
TIMEOUT UK 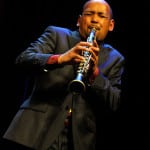 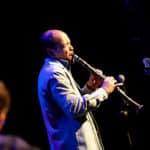 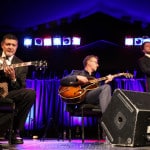 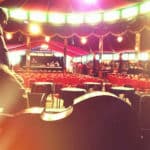 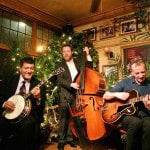 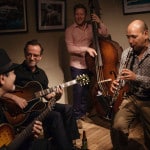 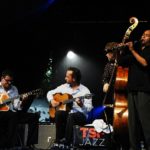 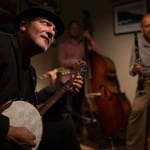 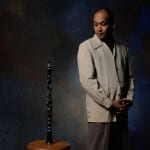 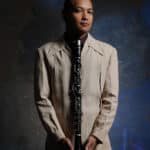 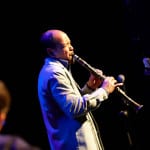 CHECK OUT DJANGO A LA CREOLE