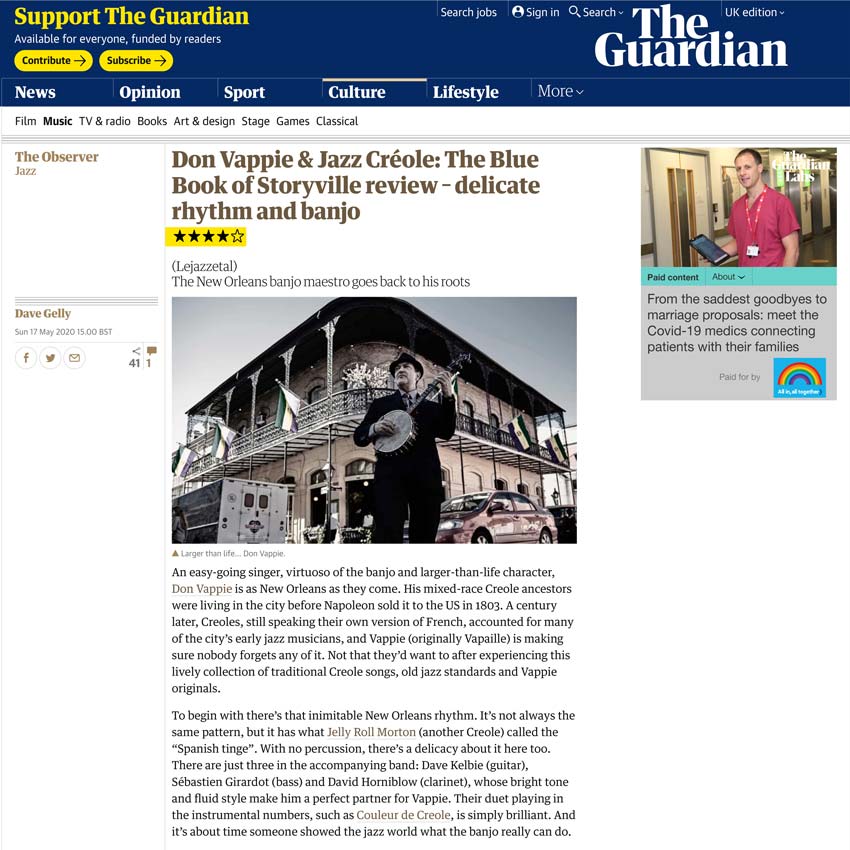 Check out the album and more HERE

An easy-going singer, virtuoso of the banjo and larger-than life character, Don Vappie is as New Orleans as they come. His mixed-race Creole ancestors were living in the city before Napoleon sold it to the US in 1803. A century later, Creoles, still speaking their own version of French, accounted for many of the city’s early jazz musicians, and Vappie (originally Vapaille) is making sure nobody forgets any of it. Not that they’d want to after experiencing this lively collection of traditional Creole songs, old jazz standards and Vappie originals.

To begin with there’s that inimitable New Orleans rhythm. It’s not always the same pattern, but it has what Jelly Roll Morton (another Creole) called the “Spanish tinge”. With no percussion, there’s a delicacy about it here too. There are just three in the accompanying band: Dave Kelbie (guitar), Sébastien Girardot (bass) and David Horniblow (clarinet), whose bright tone and fluid style make him a perfect partner for Vappie. Their duet playing in the instrumental numbers, such as Couleur de Creole, is simply brilliant. And it’s about time someone showed the jazz world what the banjo really can do.